The Director of Plant Wealth at the General Authority for the Management and Development of Al-Ghab, Wafik Zaroof, confirmed that the fires that broke out in the Al-Ghab area this summer, burned about 1,311 dunums of wheat and agricultural residues.
The Director of Natural Resources at the authority, Fayez Muhammad, told Al-Watan dunums , that the number of fires that broke out in the Al-Ghab area is 375, including 5 forest fires, and burned about 103 dunums of forests, since the beginning of the fire season until yesterday.
He attributed the causes of the fires to burning the remains of limited crops to prepare the lands for intensive summer cultivations, and to cases of electrical short circuits from some harvesters, and to the fall of high-voltage cables in some lands.
Last October, fires broke out in forests and mountain forests in the countryside of Lattakia and Hama, which spread to large areas, more than 15 km in the forests of Wadi Khaled area in the countryside of Homs, close to the Syrian-Lebanese border. The fires also reached the forests on the Turkish border, and the fires resulted in Losses described as great in agricultural and forest lands, and in the property of citizens.
لتصلك أحدث الأخبار يمكنك متابعة قناتنا على التلغرام https://t.me/hashtagsy
اقرأ المزيد:
The Forest Platform warns of a severe spread of fires in Syria
&#8220;SDF&#8221; kills violators of the curfew by firing bullets!
The Forest Platform warns of a severe spread of fires in Syria
A girl drowned in the Euphrates River in Deir Ezzor days before her wedding: 15 cases of drowning this summer
The closure of 10 ice cream shops in Damascus and the dismissal of many workers due to the continuous power cuts
After the sea has become a dream for many..the swimming pools are merciless to their visitors..and the summer farms need “family” solidarity to cover the costs.
Tagsdu fires nums wheat 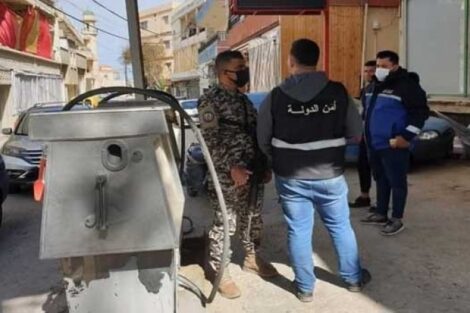