الرئيسية » Cuban “Abdala” is ready and effective… Will the “friend” Syria have a share of it? 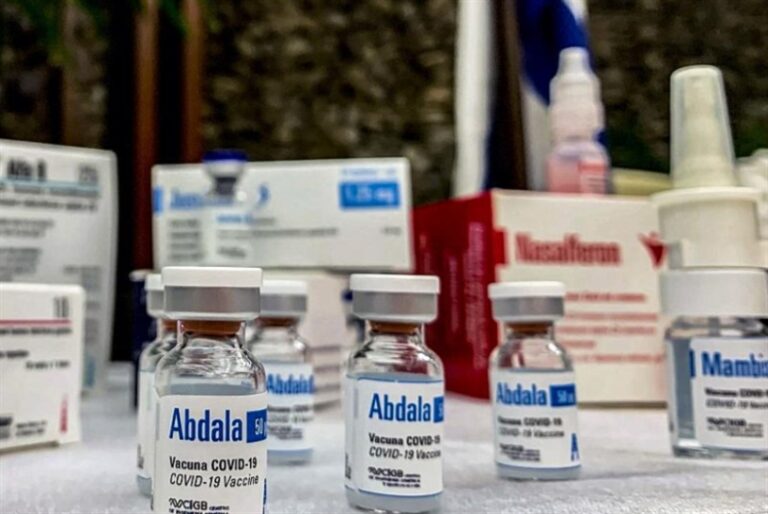 Cuba said on Monday June 21 its three-shot Abdala vaccine against the coronavirus had proved 92.28% effective in last-stage clinical trials. This is a precedent in Latin America, and it is expected that the vaccine will obtain an official license from the authorities to use it at the end of this June, or the beginning of next July.
With Cuba’s announcement of Abdullah’s vaccine, his name seemed familiar in the Arab region. Indeed, the vaccine was named after an Egyptian figure mentioned in literature that talks about the struggle to liberate the land from the colonists.
Many Syrians wish that Cuba, which has strong and ancient relations with the Arabs, and with Syria in particular, against the background of common hostility to America, will send thousands of doses of “Abdullah” to Damascus, and help Syria in the fight against the Corona virus.
The announcement came from state-run biopharmaceutical corporation BioCubaFarma, which oversees Finlay, the maker of Soberana 2, and the Center for Genetic Engineering and Biotechnology, the producer of Abdala.
Cuban President Miguel Diaz-Canel was quick to congratulate his country on this achievement, according to Agence France-Presse.
“Hit by the pandemic, our scientists at the Finlay Institute and Center for Genetic Engineering and Biotechnology have risen above all the obstacles and given us two very effective vaccines: Subirana 2 and Abdala,” President Miguel Diaz-Canel tweeted.
If these two vaccines obtain licenses, as is expected, Cuba will become the first country in Latin America to develop and produce anti-Covid-19 vaccines, despite the difficulties its scientists face due to the US embargo imposed on it since 1962, which was tightened under former US President Donald Trump.
Because of this ban, since the 1980s, Cuba has started developing its own medicines, and eight of the 13 vaccines used by the country in the home-made vaccination campaign.
The Cuban government has set a goal of vaccinating 70 percent of the country’s 11.2 million population by August, with everyone vaccinated before the end of the year.
لتصلك أحدث الأخبار يمكنك متابعة قناتنا على التلغرام   https://t.me/hashtagsy
TagsCuban ready