الرئيسيةEnglishSyrians are divided between the blessing of the new government or the...
Englishأخبار

Syrians are divided between the blessing of the new government or the rotation of the old blessing “copy-paste”. 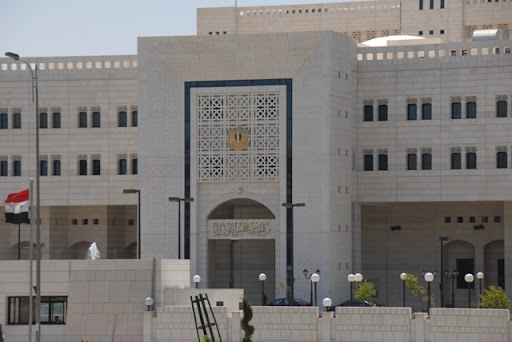 “Successful and repeat.. the government has gone through sessions this time.. what you know is better than what you don’t know.” With these comments, some of the new Syrian Cabinet received today on social media.
The publication announcing the names of the ministers on the page of the Presidency of the Republic saw a difference in the citizens’ opinions, represented by their comments between those who are blessed and those who are upset, as Ali Abu Musab commented: “We believe in the decisions and choices of the master of the nation. He has his conscience when we reached what we have reached.. God bless everyone for what is good for the country and citizens.
William Daoud said: “Let’s talk with reason. If we assume that the president completely changed all ministers, what is the fundamental difference that they can make for this change? I mean, if they change all the ministers, will our affairs change? Will we have the possibility of electricity coming 24/24, Will we have a surplus of oil, wheat and diesel? The ministers are required to work on the existing capabilities and find living solutions in the light of these capabilities, and work to increase these capabilities.. We hope the new government succeeds by improving the living situation.”
A number of commentators justified not changing most of the ministers in relation to the appreciation of their efforts. Haitham Ali said: “The form of this ministry suggests that whoever appears to be making an effort and trying to work under these difficult circumstances remains in his ministry, and whoever does not prove that he has the capabilities to work has been changed.”
While others demanded an explanation for the reason for choosing the same ministers, Muhammad al-Bandoli said: I, as a Syrian citizen in my field, wondered why the Minister of Electricity remained despite the miserable state of electricity and the abhorrent discrimination he made between the governorates and within the same governorate in distribution and nutrition.. Why is the minister who was unable to control the markets? ? Why did you not see Mr. Fares Shehabi, Minister of Industry? Why, why?
A number of frustrated citizens appeared in the comments because of the old Cabinet, and Raymond Ebeid commented: For this time, may God have mercy on everyone, and good luck to everyone who had no luck with this Cabinet.
Farah Muhammad added, “There are no more people and competencies in the country other than these names. We saw them. What did they do, they did nothing but the opposite?”
Most of the citizens took advantage of the publication to demand the authority of new ministers from government job competitions, appointing employees to transferring the residences of teachers, and others.
It is noteworthy that the new government did not witness a change except with five ministers: information, internal trade, social affairs and two ministers of state.
لتصلك أحدث الأخبار يمكنك متابعة قناتنا على التلغرام   https://t.me/hashtagsy
المادة السابقةالتقنين وغلاء الأسعار يقهران المونة والمكدوس ويقطعان رزق “سوق التنابل الالكتروني” في ريف دمشق
المقالة القادمةبايدن سعيد بقرار مراجعة كشف وثائق 11 أيلول:” قلبي ودموعي معكم”!
مدونات ذات صلة
أخبار