Media outlets said that, during the past few hours, the Syrian army sent huge military reinforcements to areas of contact with armed groups and factions in Idlib.
The Russian “Sputnik” news agency quoted a field source as saying that “the Syrian army has sent military and qualitative reinforcements to the fronts in the southern countryside of Idlib.”
The source added that the reinforcements included tanks, armored vehicles, military vehicles, elements, storming teams and logistical equipment.
According to the source, these reinforcements come “as part of a plan to raise the full readiness on the fronts of engagement in Jabal Al-Zawiya, south of Idlib, the Al-Ghab Plain area, west of Hama, and the northeastern countryside of Lattakia.”
The source considered that “the political and field data on the ground indicate Turkey’s inability to control the factions that are trying to carry out coordinated attacks against army positions along the lines of contact.”
“This completely contradicts the strict agreements that the Russian side made, earlier, with the Turks, who breached their commitments in this regard,” he added.
He added that the Syrian army has become “interested in removing the threat of armed groups from the northwestern Hama countryside, and this matter will only be done through a large-scale military action, the features of which will become clear within a few days.”
Earlier, Russian Foreign Minister Sergei Lavrov had expressed concern that “the terrorist threat continues in Idlib and is increasing in some other regions.”
Lavrov said that “terrorist groups continue to attack the positions of the Syrian forces in the de-escalation zone in Idlib, in addition to their attempts to act against the Russian forces there,” stressing the need for “full implementation of the agreements between the Russian and Turkish presidents to isolate the terrorists in Idlib,” as he put it.
These developments come days after the end of a summit that brought together Russian President Vladimir Putin and his Turkish counterpart Recep Tayyip Erdogan in the Russian city of Sochi, last Wednesday.
According to military sources, the Syrian army mainly aims to fully open the international highway Aleppo – Latakia (M4), with unlimited Russian support.
http://لتصلك أحدث الأخبار يمكنك متابعة قناتنا على التلغرام
TagsExpectations Idlib Military 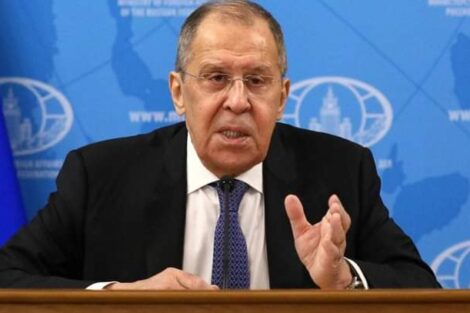