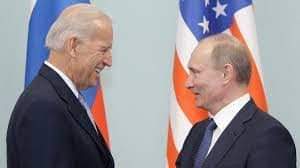 Russian newspaper “Svobodnaya Pressa” said that the Russians and the Americans are preparing together to repel a violent Turkish attack on the city of Tal Rifaat in Syria, accusing Erdogan of “losing his senses.”
And the article written by “Alexander Sitnikov” stated: Syrian media and social networks reported, on the night of October 15, that Turkish drones dropped leaflets over the Syrian town of Tel Rifaat, located in northwestern Syria, warning the residents of the imminent cleansing of the town from militants, the Kurds.
The newspaper added: In the past, there was a completely different balance of forces, and Moscow may have considered at the time that Ankara’s entry of its forces into northern Syria was a measure that would achieve stability. Most likely, Russia and Turkey have thus attempted to define spheres of influence in the countries exhausted by civil war. It is not excluded that Erdogan promised Putin to stop the bloodshed in Idlib and Aleppo.
Now, “in light of the new reality in which President Bashar al-Assad, the legitimate president of the Syrian Arab Republic, controls 90% of the country’s territory, the presence of the Turks here contradicts Damascus and Moscow’s plans to stop the bloodshed,” according to the newspaper.
Turkey will launch an operation if Ankara’s diplomatic efforts fail, they say, to force Kurdish forces to withdraw another 30 kilometers from the current frontline.
And Reuters news agency believes that Erdogan, before the attack on Tel Rifaat, will call Putin and Biden with clear indications of an ultimatum, such as “Get your men out, otherwise they will be eliminated.”
The Russian newspaper says: Now, in the area of ​​the expected battle, more Syrian army forces are being mobilized, which are preparing with the People’s Protection Units to repel the attack of the Turkish forces.
The agency adds: “Before that, the Turks managed, during Operation Olive Branch and Euphrates Shield, to advance deep into Syria, crushing the Kurds and targeting Syrian Arab Army soldiers, but it seems that Ankara’s current announcement of its intention to control Aleppo will be met with stiff resistance. , including from Russia and the United States.
The agency concluded: “There is no doubt that Putin and Biden will not, in any case, accept the ultimatum of Erdogan, who, it seems, has lost his mind.”

The “constitution” meetings on their fourth day: a dispute over a paper calling for the status of international treaties above the constitution
According to the investment manager’s words: Preventing precautionary seizure of any investor except by virtue of a judicial decision