الرئيسيةEnglish10 million dollars from the United Nations for four residential communities in...
English

10 million dollars from the United Nations for four residential communities in Eastern Ghouta, what is its goal? 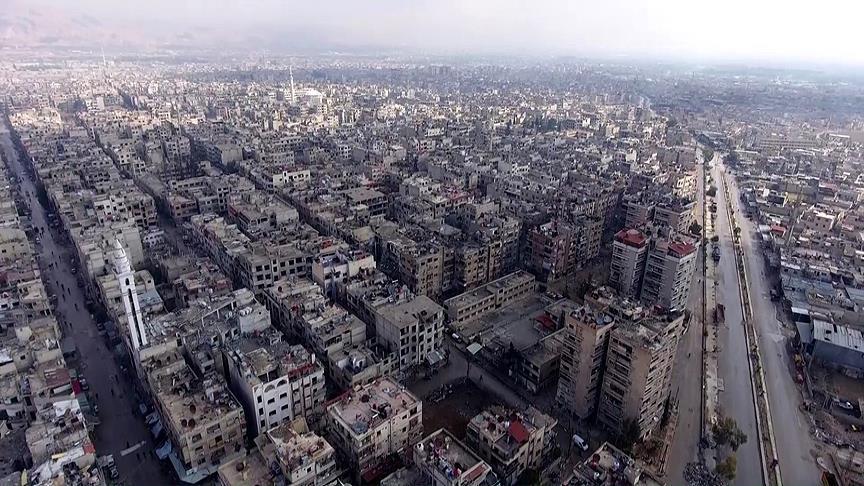 The Ministry of Local Administration and Environment, in partnership with three United Nations organizations, the United Nations Human Settlements Program “Habitat”, the United Nations Development Program “UNDP” and the Food and Agriculture Organization “FAO” launched a project worth about $ 10 million funded by the United Nations Adaptation Fund United in Syria.
It aims to work on resilience in the face of climatic changes in the water sector in four residential communities in Eastern Ghouta in Damascus countryside, which are Al-Maliha, Zabadin, Deir Al-Asafir and Marj Al-Saratan, to enable and return the people to their villages.
The project, which includes the establishment of a sewage treatment plant, was launched with a large workshop held yesterday entitled “Enhancing the capacity of local communities in Eastern Ghouta to confront climate change and water shortage challenges through integrated management of natural resources and immediate adaptation interventions.”
The Minister of Local Administration and Environment, Hussein Makhlouf, stressed that this project is an environmental and development par excellence that serves the economic, social, productive and agricultural process.
The Minister of Water Resources, Tammam Raad, pointed out that there are a large number of wells in Eastern Ghouta that are used for drinking water, pointing out that some areas that suffer from water pollution are being treated.
The Minister of Agriculture, Muhammad Hassan Qatna, explained that the lands have been surveyed and there will be a remote sensing project through soil analysis and identification of the types of crops that must be planted and
the water needs that must take place during the agricultural cycles.
read more Positive atmosphere in the constitutional sessions in Geneva&#8230; The opposition is trying to circumvent &#8220;sovereignty&#8221;&#8230; and Kreidi: Things do not look promising