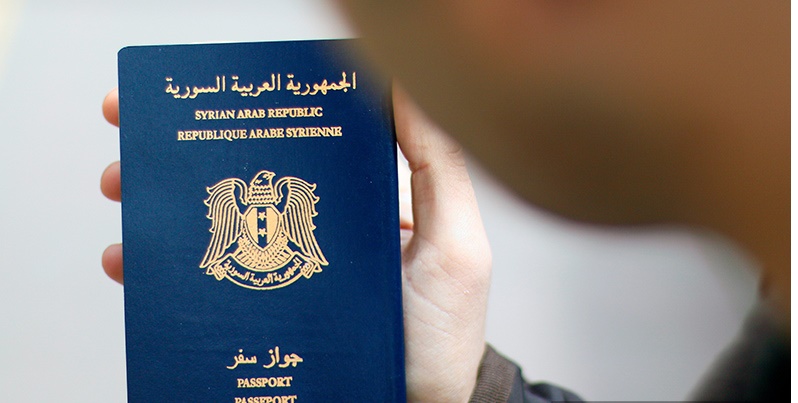 Interior Minister Muhammad Khaled Al-Rahmoun said that “the electronic passport project is planned to be completed in 2022.”
The Ministry of Interior stated on its Facebook page yesterday, Monday, that “the minister discussed the electronic passport project during the People’s Assembly’s discussion of the investment budget of the Ministry of Interior in 2022.”
Interior Minister Al-Rahmoun added that “work is currently underway on a project to link with the electronic payment system, and a project to link with the digital signature system, which includes replacing the traditional signature of civil affairs workers with an electronic signature to prevent forgery.”
Minister Rahmon had announced last year that the Ministry of Interior was working on issuing an electronic passport in accordance with the standards of the International Civil Aviation Organization.
The issuance of passports has stopped in the past months, and Ministry of Interior sources said that the current problem is the old and renewed problem that the ministry repeatedly suffers from, which is obtaining inks and papers imported from abroad.
The ministry later resumed issuing passports since mid-October, when passports began to be delivered to their owners who registered in July, so that the delayed passports were distributed according to the applicants’ schedule.
Read more passports Kurdistan Region cancels visa for Syrians residing abroad
Ministry of Interior Returning to the previous era of transit relations between Syria and Jordan: an agreement to facilitate the transit of transit trucks and passengers
International Civil Aviation Organization Syrian Civil Aviation is preparing to receive a new company on its airlines
electronic signature The Governor of the Central Bank of Syria confirms that there is no penalty for possessing the dollar and promises to issue new decisions soon

Schools are witnessing a decrease in the registration of corona injuries this week, with 221 new injuries
Citizens complain about the delay in the distribution of title deeds to Basilia City shares, and the governorate responds: Delivery is at the beginning of the month