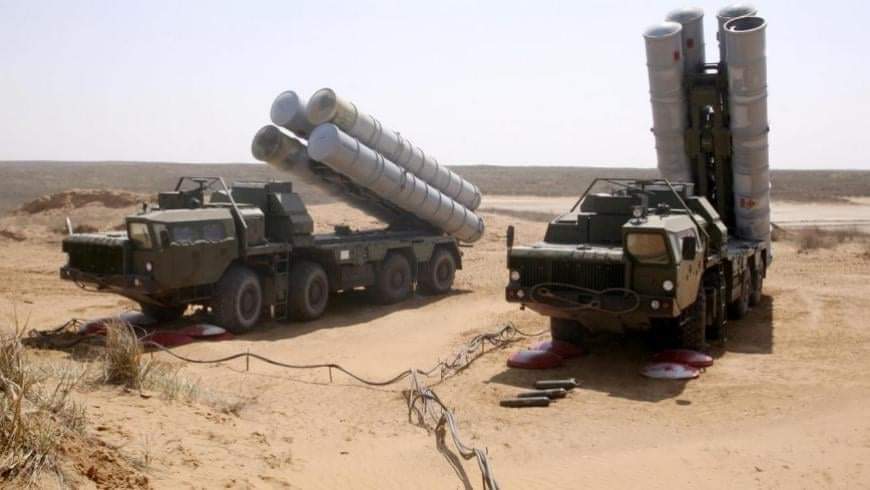 The Russian “ANNA News” agency confirmed that the Russian forces deployed the Russian air defense system “S-300” inside Tabqa airport, west of Raqqa, in a qualitative shift in the course of events in the regions of north and northeastern Syria.
And two photos were recently published showing the presence of the Russian air defense system “S-300” at Tabqa airport, which were published by Russian soldiers from inside Tabqa Military Airport, west of Raqqa.
The Russian “ANNA News” agency said that the deployment of the S-300 system comes to protect the aircraft participating in combat service at Qamishli Airport, and to ensure control of the airspace of northern and northeastern Syria, adding that to protect this system, its location will be constantly changed.
It is noteworthy that Russia began converting part of Qamishli International Airport into an air base for its forces at the end of last month, coinciding with the landing of the first Russian warplane at the airport.
The agency added, quoting a Russian military source, that the deployment of the system would contribute to improving interaction and coordination of flights with the planes of Turkey and the international coalition led by the United States.
The agency indicated that the Russian army intends to deploy 12 Mi-8 transport helicopters and 5 Ka-52 attack helicopters at the Sarin air base in the Mitras area in the city of Ayn al-Arab, north of Aleppo.
In the same context, opposition websites, quoting local sources in Tabqa, said that the Russian forces had introduced the “S-300” air defense system to the airport. This is after dozens of Russian and about 200 Syrian army forces arrived at Tabqa Military Airport, during the last ten days.
The sites indicated that the military vehicles and radars for the activation process of the system, in addition to the launch platform, were fully activated at the airport.

Prices increased by 20% in the last three months… “Potatoes” at 3000 liras
A Syrian-Iranian agreement to resume religious tourism: 100,000 visitors