الرئيسية » “Al-Haram” is accused of discriminating against the Palestinians in Syria: bad treatment and damaged banknotes 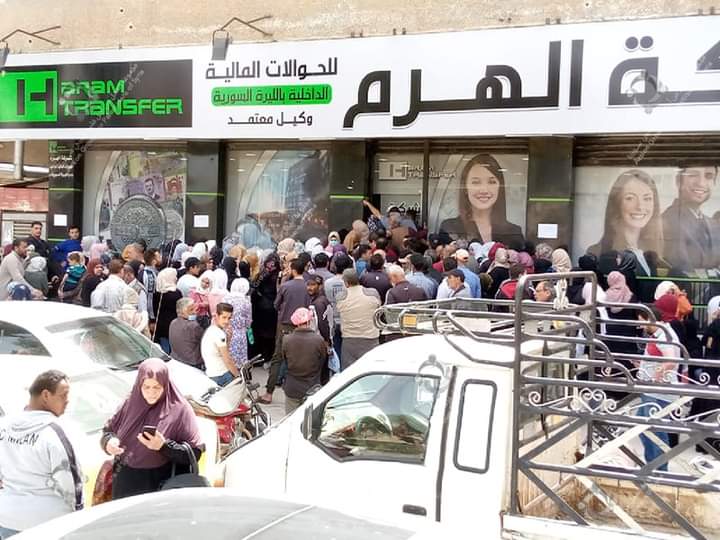 Palestinian refugees expressed their dissatisfaction with what they called “the cynicism of the Al-Haram Company, and its unjustified dealings with them,” calling on UNRWA to “activate its supervisory role over the banking companies and offices that deal with it, and not to deal with these companies in the event that their mistakes and inhumane dealings with Palestinian refugees are repeated.”
The Action Group for Palestinians of Syria reported on its Facebook page complaints from Palestinians who said that they were subjected to discriminatory treatment from the company active in the field of money transfers.
Ahmed, a resident of Yarmouk camp, criticized Al Haram Company’s double treatment and discrimination among its clients, saying, “The employee gives the office’s clients new money, and when it is our turn to receive the financial aid, he extends his hand to the other drawer and gives us the damaged paper currency,” noting that this incident was repeated more than once and with many people.
As for Khaled, one of the residents of Jaramana camp, he confirmed that he received damaged cash from Al-Haram office, and added when I wanted to exchange it from the office, he shouted at me and said to me, “What am I stamping them, and if you don’t like it, go and get paid from another company.”
The Palestinian refugees had previously complained about the mishandling of the branches of the Al-Haram Remittance Company, when receiving cash assistance from UNRWA.
A number of refugees indicated that the bank employees insulted and insulted people and called them inappropriate words, in addition to the fact that one of the company’s guards beat an elderly woman in front of the auditors and employees without one of them moving,” according to the Action Group for Palestinians of Syria.