An association concerned with consumer protection and price control said that the prices of most goods and commodities in the Syrian market increased during the past three months by 20%.
The head of the Consumer Protection Association, Abdulaziz Al-Maaqali, said in a statement to Al-Watan newspaper today, Sunday, that most consumers felt more expensive in foodstuffs such as milk, cheese and others, in addition to detergents.
He pointed out that the reason for the rise in prices during the previous period despite the stability of the exchange rate was the government’s raising of the prices of some basic materials that enter the industry and the increase in taxes.
He explained that the government should be committed not to raise prices before asking traders and industrialists to do so, adding that the prices of fuels, electricity, communications and other matters that directly fall into production costs rose during the previous period.
Al-Maaqali pointed out that the government raised a lot of taxes and fees as well, indicating that all these increases are added by the industrialist or trader to the cost and are charged to the consumer.
And he indicated that the suspension of the import of many materials and goods caused a monopoly or a rise in the prices of these materials, pointing out that there is an important role for the government in maintaining price stability by monitoring markets, providing goods and breaking the monopoly.
The recent rise in prices has affected many basic food commodities, such as cheese, dairy and vegetables, especially potatoes, which reached a record high, and the price of one kilogram reached 3000 Syrian pounds.
The decision to raise the price of industrial diesel negatively affected the markets, as it became an excuse and a justification for some traders and industrialists to raise the prices of their products, in light of the high cost of living and the bad economic situation.

Tagsprices The head of the Consumer Protection Association 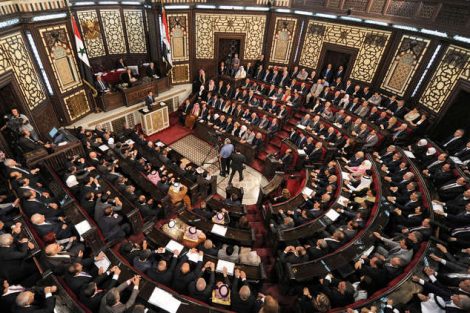