الرئيسية » The settlement continues in Deir Ezzor… 1,150 wanted persons on the first day 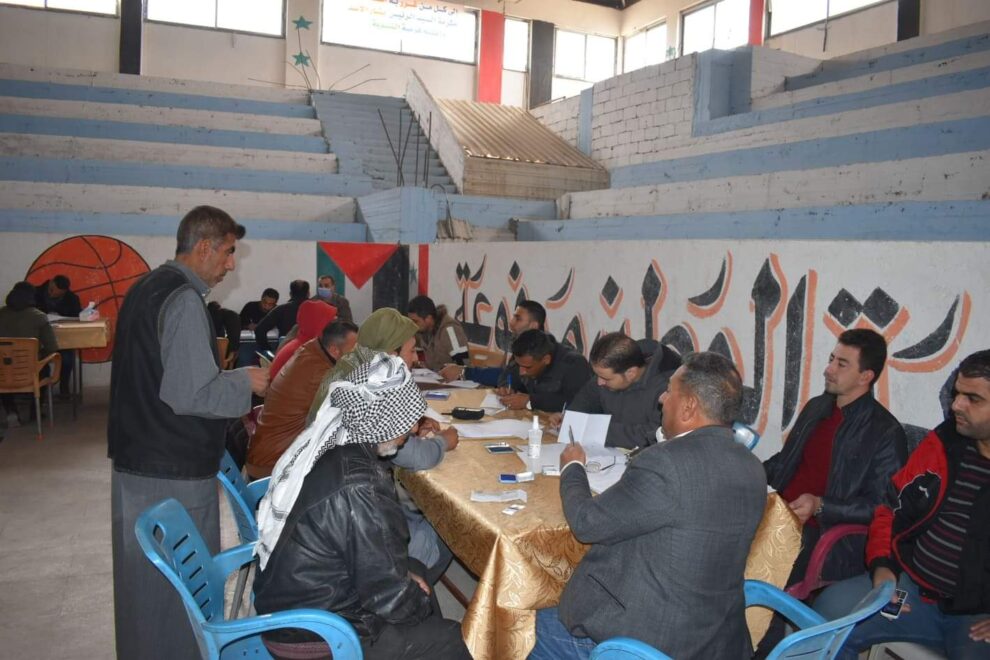 For the second day, the settlement and the process of settling the status of wanted civilians and soldiers in Deir Ezzor governorate continues, as the settlement committees revealed to “Hastag” that the number of those whose statuses have been settled in both categories reached 1,150 on the first day.
The settlement procedures include the status of civilians wanted by the security forces, men and women, in addition to cases of desertion from the military, including those who escaped from performing military reserve service and who are entitled to perform the service.
The sources pointed out that all the checkpoints belonging to the military and security authorities have been circulated not to harm those wanted for a settlement and to facilitate their access to the places designated for this purpose.
The committee indicated that everyone whose status is normalized is given a document with a personal photo that authorizes him to move to any place he wants throughout the country, while the included soldiers are given a period ranging between 1-6 months to join their military units, and accordingly they perform service in the governorates of the eastern region.
Head of the Reconciliation Center in Deir Ezzor Sheikh Abdullah Al-Shalash confirmed to “Hashtag” that the settlement is comprehensive and comes as a response to solving all the problems facing the return of
Many of those covered by the decision lead their normal lives, noting that large numbers of them flocked to the designated center in the governorate center, Deir Ezzor city, in the gymnasium.
For his part, Abd al-Rahman al-Azzawi, one of the notables of the “Izza” tribe, indicated that this step had positive effects on the people of the province, and the numbers of those who came to the center confirm this, as this settlement will be an essential factor in solving all the problems that confront all wanted persons except for those who killed civilians

or soldiers, and these As a rule, they do not like settlement. Rather, they are working to disturb its peace by spreading rumors that discourage those who desire a settlement.
Abdul Karim Al-Ghannam, the sheikh of the Khanjar clan, indicated that the demand for the center is steadily increasing, and the number of people coming from the Jazira area, which is under the control of the American occupation and its militias, is greater, despite the measures taken by the SDF to restrict them by closing a number of river crossings.
It is noteworthy that the “hashtag” had published a few days ago news about the aforementioned settlement in the governorate of Deir Ezzor in a statement by the Secretary of the Deir Ezzor branch of the Arab Baath Party, Raed al-Ghadban, as the process of settling the status of wanted persons continues in the city of Deir Ezzor and its countryside, after which a move to the western countryside and the cities of Mayadin and Albukamal and their countryside continues.
The settlement process is supervised by the Director of the General Intelligence Department, Major General Hossam Louka.

Electronic signature and government procurement system soon with Russian touches
The director of the Syrian Telecom Company: Whenever we try to develop and restore the network, the subversive groups steal the copper cables