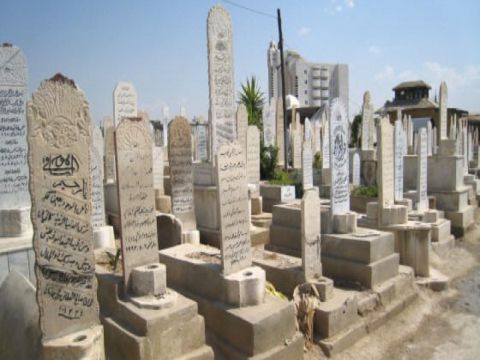 Recently, new and strange theft incidents have spread in Syria, where the phenomenon of theft of electrical cables, tombstones and water meters has increased.

Sources in the Syrian Telecom Company reported the theft of 27 cables in Homs Governorate, 23 in Lattakia, 22 in Daraa, 15 in Hasaka, in addition to 9 in Aleppo, and 8 in Hama during the past weeks.

Water and electricity meters in Homs have been theft for months, at a time when citizens’ complaints have been raised that their homes’ subscriptions to public services are being stolen.

According to Al-Watan newspaper, Homs Governorate recorded more than 3,400 arrests related to theft of meters, from the beginning of this year until this November.

The Director-General of the Drinking Water Corporation in Homs, Hassan Humaidan, confirmed to the newspaper, cases of theft of water meters. Thefts have recently affected tombstones in Syrian cemeteries, as local sources confirmed that the “Al-Firdaws” cemetery in Homs had been subjected to the theft of a number of tombstones and marble pieces, to be sold in marble and stone workshops. In Deir ez-Zor, many cemeteries were subjected to the theft of tombstones. The stolen pieces are recycled again and the names of the deceased are removed to become new pieces, as they are sold in marble workshops and another part of them is exported outside the governorate.