الرئيسية » He welcomed Syria’s participation… President of Algeria: The upcoming Arab summit will be inclusive and comprehensive 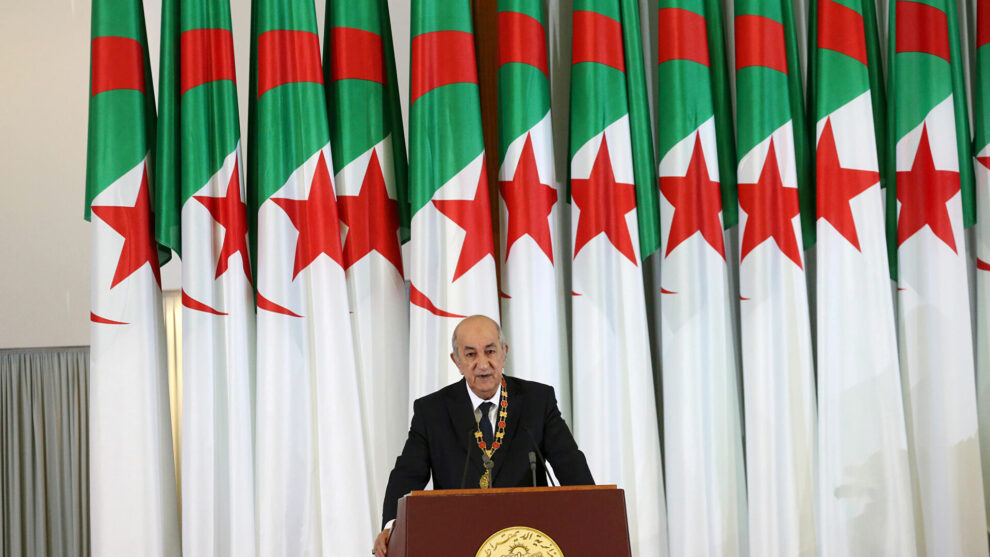 Algerian President Abdelmadjid Tebboune stressed that the Arab summit, scheduled to be hosted by his country next year, will be comprehensive and inclusive and will not perpetuate Arab division.
In a video interview with local media, Tebboune welcomed Syria’s attendance of that expected summit in March 2022.
The Algerian president said: “We hope that the upcoming Arab summit will be a new start for joint Arab action. This summit will be comprehensive and not perpetuate Arab divisions.”
Tebboune stressed the need to reform the Arab League, which remains the only body among international organizations, including the United Nations and the African Union, which is still unchanged.
Tebboune highlighted his country’s good relations with everyone, except for “those who want to be hostile to Algeria.”
Tebboune expressed his regret over the cooperative relations between Morocco and “Israel”.
Morocco and “Israel” signed an “unprecedented” security cooperation framework agreement during the first visit of its kind by Israeli Defense Minister Benny Gantz to the kingdom.
Tebboune indicated, “For the first time since the creation of the entity, it is a shame and a disgrace to threaten an Arab country from an Arab country and another,” continuing, “Algeria is a protected country, and woe to those who reach it… We came out of a black decade and stood on our feet again.”
Tebboune said that the success of his country’s diplomacy lies in its use of secrecy, noting, “We have entered the stage of peer to peer, no matter what.”


In his interview, Tebboune said, “Algerian-French relations will return to their previous era, but the French side must know that we are dealing with it peer to peer, and we are not under its wing and do not allow it to obstruct our interests, just as we do not obstruct his interests in turn.”

Tebboune said that the focus in the coming year 2022 will be towards structural reforms in the economy and a reconsideration of subsidy orientation.
In a meeting with media representatives, he explained, “I do not ask for loyalty from anyone, I ask for loyalty to work and to the country.”
Regarding self-sufficiency, Tebboune said that no country in the world has achieved complete self-sufficiency, “while we are able to produce our consumption in many consumables.”
Regarding foreign investment in his country, Tebboune said, “Investment is better than importing,” but we have strict conditions for foreign investors in our country. Not strong countries allow investment without conditions, and we accept investment in a way that protects the interests of citizens and does not waste the interests of investors.

The National Defense Commander in Deir ez-Zor told “Hashtag”: The large numbers of those who went to the settlement centers belie the allegations of the rumor mongers
Between Al-Raqqa and Al-Hasakah…The “Abyad-Abyad” road… The hotbed of gangs of murder and robbery that everyone avoids