الرئيسيةEnglishThreatened to publish private photos.. Arrest of a gang that blackmailed a...
English

Threatened to publish private photos.. Arrest of a gang that blackmailed a “Homsi” merchant for 400 million pounds 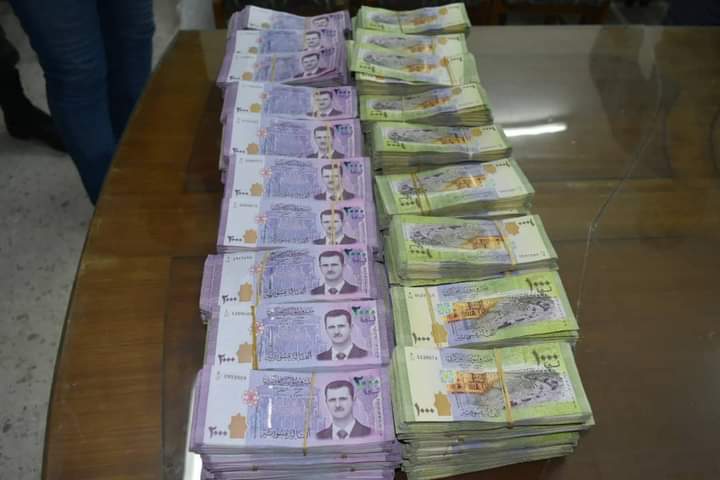 The Criminal Security Department announced the arrest of a gang practicing electronic fraud, on charges of extorting hundreds of millions of money from a merchant.
The Ministry of Interior said on its Facebook page that the Criminal Security Department arrested four people; Three of them are from the same family, for extortion, fraud and fraud via the Internet, the latest of which was extorting a merchant in Homs governorate with sums of money exceeding 400 million Syrian pounds, after threatening to publish “private” pictures on social networks.
The ministry stated on its official account that the investigation with the accused resulted in their confession to buying two cars, two TV screens and gold jewelry from the rented sums, adding that the gold jewelry (liras, ounces, and gold bracelets), sums of money and two screens were recovered, and the two cars were seized.
The Ministry of Interior had announced earlier that more than 1,200 arrests had been made since the beginning of the year, and more than 160 people had been arrested on charges of “network fraud”, extortion, slander and defamation of others.
Head of the Cybercrime Combating Branch at the Ministry of Interior, Louay Shalish, said that “more than one network practices electronic extortion and the gang is managed from abroad.”
Pointing out that the information crime according to Legislative Decree No. 17 of 2012 is the crime that is committed by computer devices and the goal is to cause damage to the computer device or the information system, such as using malicious programs and converting them for criminal purposes. It also includes cases in which computer devices are used as a means or tool to commit crimes such as Defamation, slander and humiliation, according to what he gave to SANA news agency.
The government intends to amend the “law against information crime” to toughen the penalties committed on the information network, amounting to some seven years’ imprisonment and fines of up to 10 million pounds, according to what Al-Watan newspaper said.

On charges of “offending a public institution”, the Syrian Ministry of Interior announces the arrest of a “new victim”