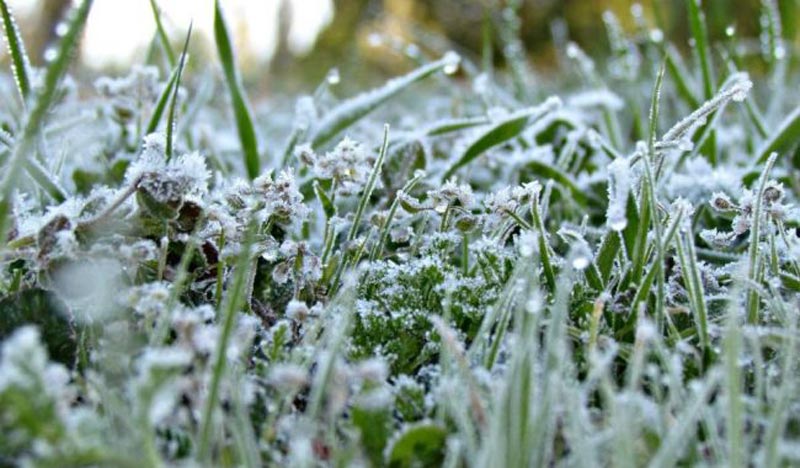 Farmers in different regions of Syria launched appeals to the government, to help them in facing the frost waves that began in the country and threaten agricultural crops of all kinds.
During their appeals, which were reported by media websites, farmers in Lattakia countryside confirmed that their crops are in danger of being damaged in light of the frost waves that began to hit the coastal area.
One of the farmers said: “The frost has begun, and there is no way to confront it. At night, the electricity is cut off for long hours under the pretext of rationing. We need to operate the heaters, and everything needs electricity. If the rationing continues, all crops will be destroyed.”
For his part, the head of the Meteorological Center in Tartous, Ahed Ismandar, warned against the formation of ice on the coastal strip on Sunday night as a result of the frost waves, which would pose a real threat to protected crops and the properties of agricultural farmers in the region, and demanded the Tartous Electricity Company to provide electricity supply.
Tomatoes, cucumbers, and eggplants are the crops most affected by the annual frost waves in the coastal region, and “taking measures that help farms avoid the effects of the disaster is much better than disbursing meager compensation that does not compare to the size of the losses,” according to farmers.
General Director of Tartous Electricity Company, Engineer Abdul Hamid Mansour, confirmed in newspaper statements that the Ministry of Electricity will exempt the areas where there are greenhouses from the night rationing in the governorate with the onset of the frost wave and in coordination with the Directorate of Agriculture, but the farmers confirmed the continuation of electricity cuts off according to the rationing system until Saturday evening .
The agricultural sector is facing many challenges this year. In addition to the frost waves, farmers are suffering from drought waves in the country, as Syria is facing a drought that has not reached this degree in 70 years… as it was exposed to several severe waves that had major repercussions on different sectors.
With regard to the impact of water scarcity on agriculture and livestock, the Director of Environmental Safety at the Ministry of Local Administration and Environment Ruwaida Al-Nahar stressed that reducing water availability resulting from climate changes will reduce current agricultural productivity, threaten food security in Syria, and increase soil erosion rates.
The head of the General Union of Peasants, Ahmed Ibrahim, said earlier in 2021 that “agricultural crops, especially rain-fed crops, will be negatively affected by a decrease in rainfall and a rise in temperature in April to about 10 degrees higher than its average.”