More
الرئيسيةEnglishBy shooting... "SDF" prevents the people from bringing their property into the... 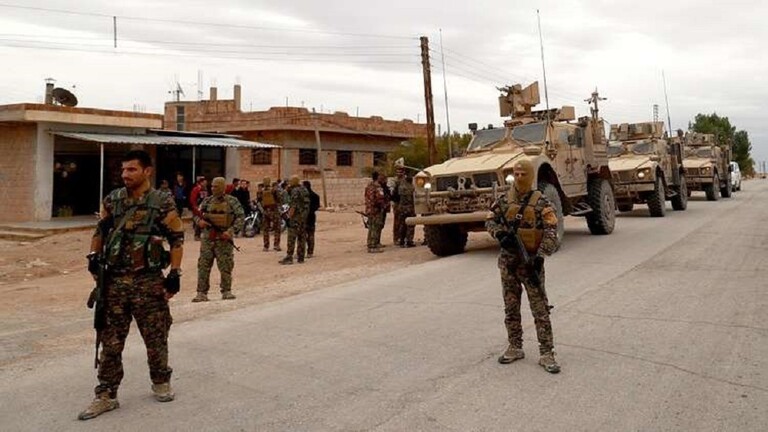 The process of bringing the vehicles and livestock belonging to the people from the Jazira area under the control of the American occupation and the “SDF” militia to the areas controlled by the Syrian state in Deir Ezzor is still being prevented by the SDF militia.
Although the decision to allow entered its effects since the first yesterday, Saturday, the fifteenth of this month, but it is
To date, no significant entry case has been recorded amid a state of anger from the people who want to transfer their property to their villages and towns in the “Al-Shamiya” area.
And SDF patrols intensified their surveillance operations on the banks of the Euphrates River in their positions of control, to monitor any transfers via river ferries.
According to civil sources, in their conversation with “Hashtag”, shooting cases were recorded by “SDF” members targeting such attempts that took place during
The past two days were unsuccessful.
The sources reported that hundreds of owners of livestock and machinery had registered lists of their properties with the concerned parties.
The order of those coordinating the entry process with the competent authorities in the governorate, noting that large numbers of mechanisms of various sizes, not to mention the wealth of sheep and cows, whose owners are still waiting to be entered.
The sheikh of the “Albu Leil” clan, Daham Ajaj al-Hayal, confirmed in a statement to “Hashtag” that the practices of the separatist “SDF militia” will not work, and will not be able to prevent the people from transferring their property.

This prohibition falls within the framework of restricting people’s livelihood, describing it as confusion that indicates the anxiety that it has, and reveals its true face and its subversive role that stands as an obstacle to the return to normal life in the governorate.
Imad al-Juwair, one of the sheikhs of the “Al-Ubaid” tribe, pointed out that attempts to enter are still continuing despite the dangers, indicating that the people were forced to smuggle them away from the eyes of the “SDF” elements.
He added, “The prevention of the SDF is not different from what it also practiced in its areas of control in terms of prosecutions and arrests aimed at intimidating the population, and it inevitably corresponds to the practices of the American occupation by looting oil and gas resources, with the aim of sustaining its illegal existence, and there is no solution in front of it but to leave and leave Syria to its people.”
It is noteworthy that what the “SDF ” militia is doing by preventing entry to citizens’ properties preceded and continues to prevent citizens wishing to settle from crossing to the centers designated for settlement, after closing the river crossings between the two banks, which nevertheless went to about 25,000 people whose status has been settled, most of whom are from the Jazira area.