الرئيسيةEnglishAfter six failed rounds, Pedersen is in Damascus tomorrow, in preparation for...
English

After six failed rounds, Pedersen is in Damascus tomorrow, in preparation for a new round of negotiations 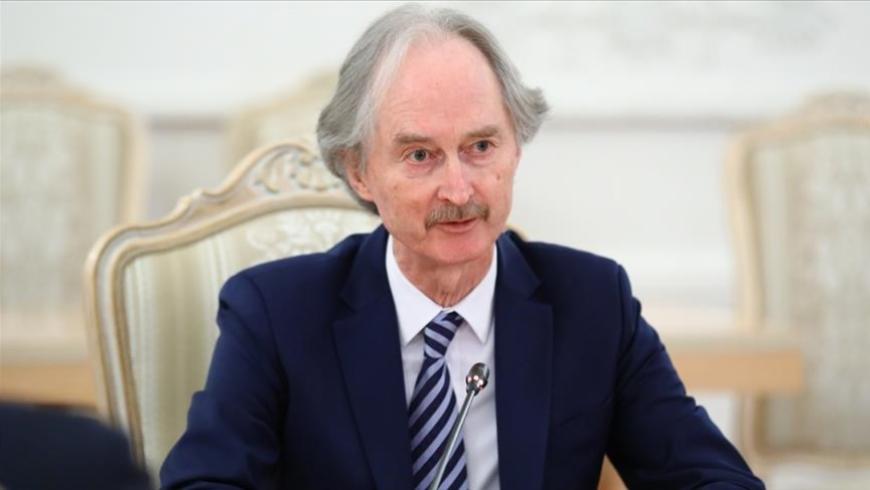 The UN envoy to Syria, Geir Pedersen, is scheduled to arrive in Damascus tomorrow, according to the Syrian newspaper, Al-Watan, quoting “informed diplomatic sources.”
The sources indicated that Pedersen “will discuss in his meetings in Damascus the possibility of holding a seventh round of meetings of the committee to discuss the amendment of the constitution, and ​​“step-by-step” policy.
During his two-day visit, Pedersen is scheduled to meet with the Minister of Foreign Affairs and Expatriates, Faisal Miqdad, and the co-chair of the committee to discuss the constitutional amendment, Ahmed Al-Kuzbari. According to “Al-Watan”.
It is noteworthy that the approach that Pedersen previously proposed under the title “step-by-step” was rejected by the Syrian government, as well as by the opposition delegation.
Pedersen had announced this initiative last December, and said at the time that “there is a possibility now to start exploring what I call a ‘step-by-step’ approach.”
He explained, as quoted by “Reuters” at the time, that the initiative means: “We put on the table precisely defined steps… with the hope that building some confidence will begin.”
The sixth round was held last October in Geneva, and the meetings of the mini-committee of the Syrian Constitutional Committee at that time did not produce any results.
At the end of the negotiations, Pedersen declared that “no consensus has been reached on how to proceed”.
The UN envoy expressed “great disappointment.”
Pedersen’s last visit to Syria took place on December 12, and the purpose of the visit was the same as that of the current visit, that is, to prepare for a seventh round of negotiations.

Pedersen: A solution to the Syrian crisis is still a long way off

“Brussels” conference results in $6.7 billion in aid for Syria and its neighbors

Violent explosions rock Sanaa, and the Houthis impose a security cordon around the site