The Ukrainian crisis pushes gas prices to a historical level 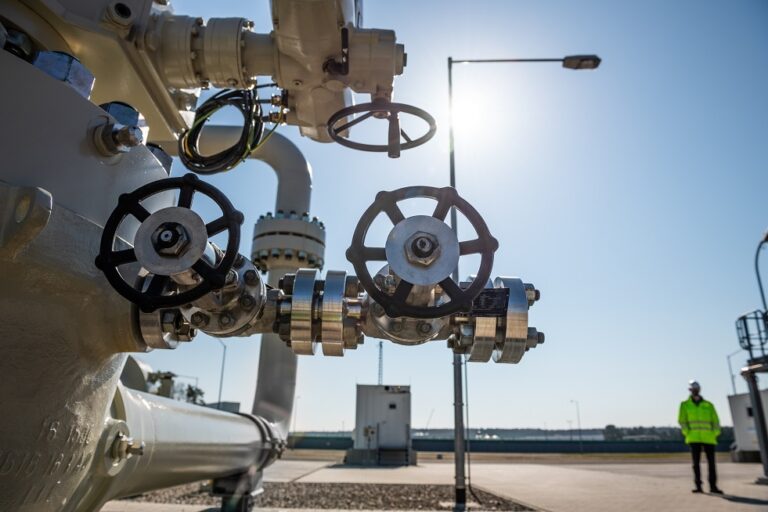 Gas prices in Europe reached a new and unprecedented record, as it exceeded at the opening of trading today, 2600 dollars per 1,000 cubic meters, according to news agencies quoting trading data on the ICE stock exchange platform in London.
In parallel, crude oil prices rose to more than $139 a barrel in London on Monday.
Gas prices are heading upwards amid fears that Russian gas supplies to Europe will stop, fears that are growing despite assurances from Russia, which is Europe’s main supplier of gas, that supplies will remain as they are.
The Russian company, Gazprom, had confirmed that the pumping from Russia through Ukraine to Europe would remain the same, but that reassurance did not succeed in curbing fears of an emergency stop, with the escalation of the war in Ukraine and its tendency to further escalation.
These risks increase the state of escalating tension between Russia and the European Union, which imports about a third of its gas from Russia.
The countries of the Union, in addition to the United States, announced sanctions against Russia that were not limited to the economy, but also included other aspects, including culture, sports, and even Russian “vodka”.

However, Russian gas and oil remained outside the sanctions, as the EU countries are unable to compensate for their gas needs from any other source, and Russia is also bound by contracts with them, as it is the largest importer of its exports.
Despite this, European countries began to discuss dispensing with Russian gas in the future, as Danish Prime Minister Mette Frederiksen announced today that a number of the country’s main parties agreed to give up Russian gas in the near future.

المادة السابقةThe Ministry of Higher Education: Private education in universities opens the way for corruption
المقالة القادمةThe Russian-Ukrainian war through the eyes of the Syrians: Supporting the “ally” is accompanied by “renouncing the war and its horrors”
مدونات ذات صلة
- Advertisment -