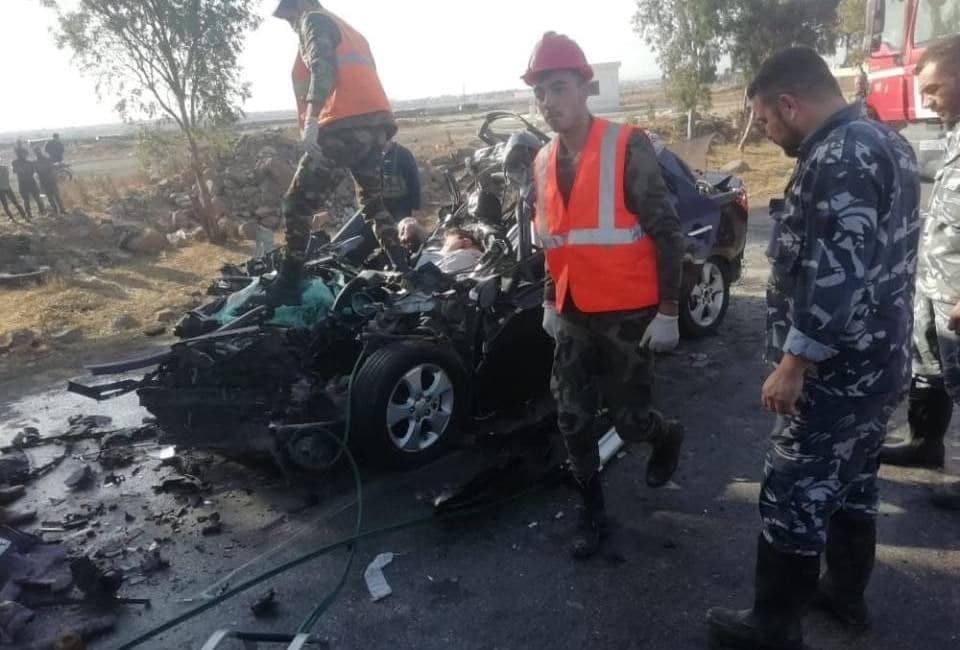 The Ministry of Interior stated on its Facebook page that a traffic accident occurred on the international roads especially Damascus-Homs highway at dawn on Tuesday, when a bus collapsed near the Bureij junction, with thirty-two passengers inside, which led to the death of one person and the injury of 15 others, three of whom are in serious condition.
Four people, including two children, died and three others were injured in a traffic accident on the international roads Lattakia – Tartous  near the Caesar Hotel and Restaurant, due to the explosion and deterioration of the front wheel of a private car (Kia Rio). According to the ministry.
Another terrible traffic accident occurred on the Damascus-Homs International Highway, near the detour, as a result of a Cerato car colliding with a tanker.
It quoted the Director of the Civil Defense in Homs, Ghiath Aqel, as saying that the accident led to the death of three people, and the injury of a 12-year-old girl.
The Director of the Traffic Department, Jihad Al-Saadi, revealed a few days ago that there had been 6,426 accidents since the beginning of this year until the end of last month, with 300 people killed and 3,327 injured.
Al-Saadi added that the monthly and annual reports issued by the Traffic Department reveal that young people are at the top of the list of cause of accidents, especially between 18 and 25 years old.
read more killed Another occasion for free death: Shooting “for joy” at the results of high school snatches the lives of Syrians
injury A Syrian doctor reveals a connaction between infection with &#8220;Corona&#8221; and unilateral blindness
the Director of the Civil Defense The director of the ambulance complains: the media abused the donor of the Pfizer vaccine.. and the citizens did not respect the rules and laws