الرئيسيةEnglishWith the advent of Eid al-Adha: a sheep costs half a million,...
Englishأخبار

With the advent of Eid al-Adha: a sheep costs half a million, and most Syrians are deprived of “national meat” 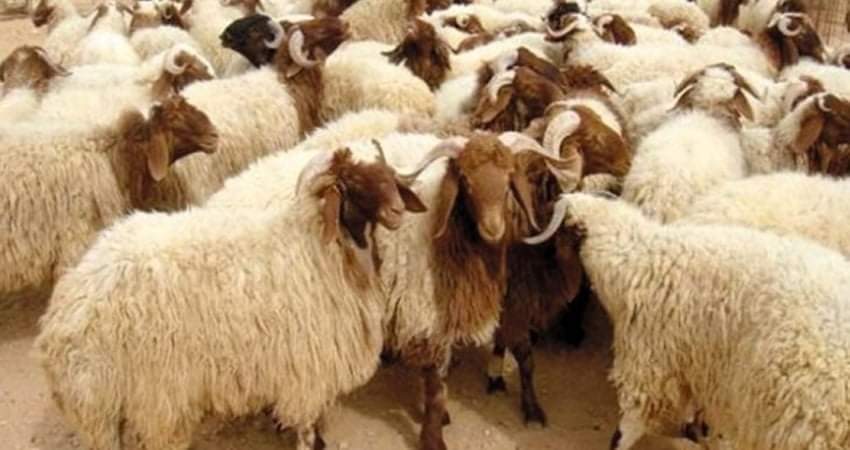 Hashtag-Falak Al-Quwatli
The Syrian governorates are witnessing a significant increase in livestock prices, coinciding with the approach of Eid al-Adha, after about 10 days.
The head of the Damascus Butchers Association, Edmond Qutaish, explained that the price of meat has risen a week ago, as the price of a kilo of live sheep today is 11,500 pounds, a kilo of a live calf is 8,000 pounds, and a kilo of goat is 5,000 pounds.
In a statement to the hashtag, Qutaish expected that about 100,000 sheep would be slaughtered in the governorate of Damascus during the upcoming Eid al-Adha, explaining that one person might sacrifice 5 sheep, adding that the number of sheep that were slaughtered during the last Eid al-Adha ranged between 100 and 110 thousand sheep.
Qutaish indicated that purchasing power has been low since the beginning of the crisis until now, and that about 1,300 to 1,400 sheep are slaughtered daily.
The average price of a sheep reached half a million pounds, which prompted many people to buy it small and raise it in preparation for its slaughter on Eid al-Adha.
The head of the Butchers Association said: They are buying because the price is low by about 6000 and 7000 Syrian pounds, and in practice the meat has increased and the price has decreased.
Livestock breeders attribute the high prices of livestock – except for the approaching Eid al-Adha – to the rise in the prices of feed materials as well, as the price of a bag of barley reached 50,000 Syrian pounds, and this high price prompted the breeders to refrain from raising livestock due to losses and lack of demand.
Many livestock breeders believe that prices are destined to rise further with the approaching date of Eid al-Adha, especially in light of the expected inflation to coincide with the recent increase in salaries.
Observers and experts believe that despite the expected rise in livestock prices in conjunction with the demand for them during the Eid period, it may be a positive thing for the breeders who were previously incurring losses and can compensate somewhat, noting at the same time that the matter remains related to the purchasing power of the people and whether The percentage of demand for sacrifices will bear this price inflation or not.
The demand for all kinds of meat has declined in the past months as a result of the significant increase in its prices compared to the income of Syrian citizens, whose salary for a month is equivalent to about 7 or 8 kilos of lamb.
لتصلك أحدث الأخبار يمكنك متابعة قناتنا على التلغرام   https://t.me/hashtagsy
المادة السابقة“غوار اسطنبول” يثير اهتمام السوريين ويشعل تطبيق “تيك توك”
المقالة القادمةمنظمة الصحة العالمية تحذر من خلط لقاحات “كورونا”
مدونات ذات صلة
- Advertisment -