Greenhouses are threatened by “lifting subsidies” 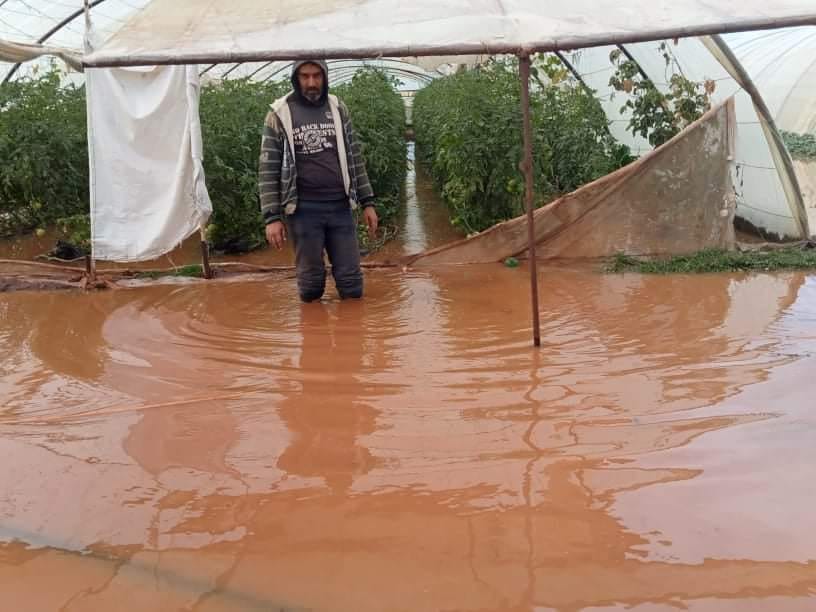 The Ministry of Agriculture has set the beginning of next March as a deadline for settling the conditions of greenhouses that do not meet the required technical specifications. Those who do not comply with these specifications will not receive damages compensation.
The greenhouse farmers in Tartous expressed their great fear at the idea of ​​obligating them to apply the technical conditions that must be met when setting up the greenhouse. Many of those whom “hashtag” spoke to emphasized that the required specifications do not apply to any greenhouse in Tartous governorate, and this will deprive farmers of obtaining compensation for damages in the event of natural disasters.

Farmers in Tartous indicated that the greenhouses are originally licensed, and have been established since 1982. They described the decision to obligate them with the technical conditions as a great injustice, because they would not be able to implement the new conditions by replacing the whole house. Because the cost of this procedure exceeds /13/ million pounds per house, and they emphasized that these conditions should be applied to houses that will be newly built and not to houses that were built decades ago.
Among these conditions is that the iron beam should be three-quarters of an inch, instead of half an inch, and the metal strip is 2.5 mm, instead of 1.5 mm, which is not available in addition to the difficulty of dealing with it, and the new conditions require the presence of a heater, which is also not available at Most greenhouses do not have diesel fuel available.
The recent period witnessed the occurrence of six consecutive marine hurricanes, as a result of heavy rains and the unstable weather condition, as indicated by Dr. Haider Shaheen, Head of the Drought and Natural Disasters Fund Department at the Directorate of Agriculture in Tartous, starting from 12/8/2021 passing on 15-19-23- / 1/2022 as well as 4-10/2/2022 and it included several areas in the governorate.
Shaheen confirmed that the number of damaged houses during the current year 2022 has reached to date /950/ protected houses as a result of hurricane, which affected six villages in Baniyas region.
And that during the past year (2021), the hurricane hit / 73 / greenhouses, and the number of farmers eligible for support and who meet the conditions of the Drought and Disaster Fund reached / 16 / only.
The compensation distributed to farmers affected by the hurricane amounted to 6 million pounds, and 10 million pounds to strawberry farmers in the Al-Madhala area.
On the mechanism of the Fund’s work and the lack of compensation for all affected farmers, Shaheen indicated that the Fund for Mitigating the Effects of Drought and Natural Disasters, like other state departments, works within laws and regulations regulating its work, including:
That the affected farmer had an agricultural organization prior to the time of the damage and not after the damage occurred. And that the damage was the result of a natural disaster (a natural event that cannot be prevented or reduced), and that the damage amount was more than 50% on the expected crop for the same crop, and that the percentage of damage was more than 5% of agricultural crops, with the exception of the phenomenon of the sea hurricane Where the percentage of damage is 1% for a single crop in the same area or administrative unit.
Shaheen stressed that there are no measures to limit the phenomenon of the marine cyclone, which is one of the natural disasters that cannot be predicted, reduced or controlled. On the other hand, the frost phenomenon can be greatly mitigated and reduced, especially after the response of the Tartous Electricity Company to stop rationing the areas Planted in greenhouses during low temperatures, and what the greenhouse needs most to reduce frost is a spray roll at the rate of two tubes per greenhouse.
In the event of flooding, the concerted efforts of all concerned parties, in addition to the Directorate of Agriculture, are required, especially with regard to cleaning the water drains and replacing the tube drainage with a box drainage capable of accommodating the heavy falling rain.