الرئيسيةEnglishThe death toll from a mine explosion in Deir Ezzor has risen...
English 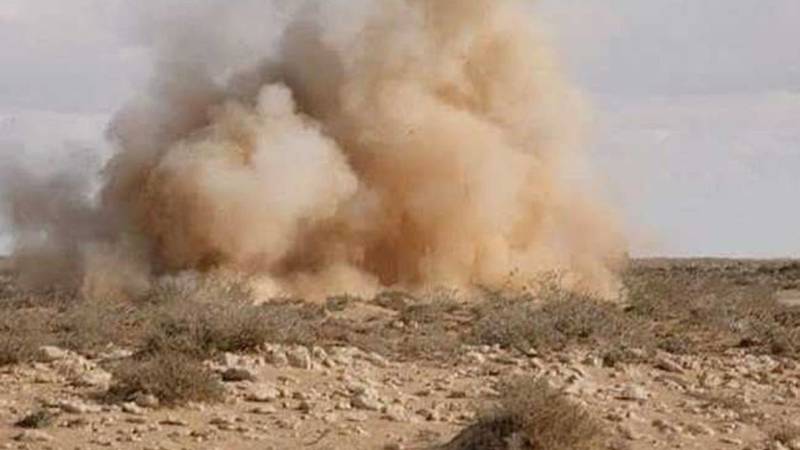 The death toll from the explosion of a mine while it was being dismantled in Deir Ezzor has risen to 7 members of the engineering units of the Syrian Arab Army.
The mine exploded this evening, Monday, while the elements were carrying out their duties to dismantle mines left by

terrorists in Al-Qusour neighborhood in Deir Ezzor city.
Deir Ezzor Police Commander Major General Bilal Mahmoud stated, according to SANA, that during the engineering units dismantling a group of mines and explosive devices left by ISIS terrorists within one of their former headquarters in the Al-Qusour neighborhood of the city, as a result of the friction, an explosive device exploded, which led to the death of 3 members.
The explosion also caused the injury of 9 members of the engineering units, 4 of whom died later from their wounds, raising the final toll to 7 martyrs and 5 wounded.
Before being defeated by the Syrian Arab Army, the armed groups planted mines and explosive devices and booby-trapped homes in order to impede the progress of the army and sow terror in the hearts of the people and prevent them from returning to their homes.