الرئيسيةEnglishToday's crime... A driver poisoned and strangled a woman with the help...
English 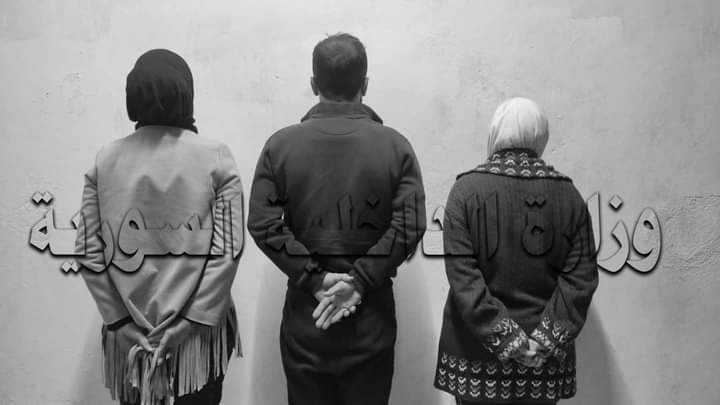 The Ministry of Interior revealed the details of a new crime that took place in the Al-Sabil neighborhood of Aleppo, the victim of which was Wafaa. A.
The ministry indicated that by collecting information from the criminal security in Aleppo, he was able to detect all those involved in the crime and arrested them.
During the investigation of the murderer named (Ahmed. K), who was working as a driver for the victim, he confessed that he had put poison for her in the juice, then he strangled her with a pillow and a bed sheet and stole her gold jewelry weighing (86) grams, at the instigation of the daughter of the victim called (Iman) due to disagreements a family relationship between her and her mother, and the killer enlisted the help of his girlfriend (Heba), who secured the toxin and hid the stolen gold jewelry in her home.

All the stolen jewelry has been fully recovered, and the arrested will be brought to justice to receive their just punishment.

On charges of “offending a public institution”, the Syrian Ministry of Interior announces the arrest of a “new victim”

Threatened to publish private photos.. Arrest of a gang that blackmailed a “Homsi” merchant for 400 million pounds