الرئيسيةEnglishUnidentified missile strikes targeting a US base in the largest gas field...
English 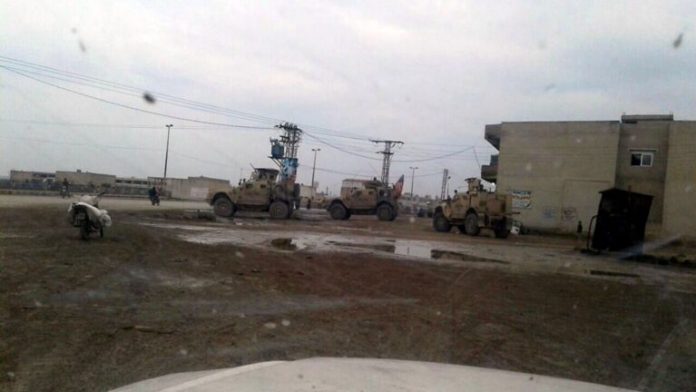 Unidentified persons targeted, on Saturday evening, with a group of rocket-propelled grenades, the base used by the US army in the “Koniko” natural gas field in the northern countryside of Deir Ezzor, hours after the raids carried out by warplanes of the American coalition, targeting the vicinity of Deir Ezzor.
Unidentified persons launched a missile attack on the base, immediately followed by the mobilization of soldiers and officers of the US army and the gunmen loyal to it, amid intense flight of warplanes and marching in the sky of the area, according to “Sputnik”.

Local sources in Deir Ezzor confirmed the targeting of the “Conico” base with a wave of rockets and mortar shells, one of which landed in the town of “Izba” near the field and its damage was limited to material.
On Saturday afternoon, the American forces carried out two air raids on the vicinity of the city of Deir Ezzor, targeting the Hawija Kata area near the suspension bridge, causing material damage to a number of houses.
The Conico field, which is occupied by the US army, is considered the largest Syrian gas field, and it contains a gas plant that was built in 2005 under a contract between the Syrian Gas Company and the American company “Conico Phillips”.

The settlement continues in Deir Ezzor… 1,150 wanted persons on the first day

A girl drowned in the Euphrates River in Deir Ezzor days before her wedding: 15 cases of drowning this summer