الرئيسيةEnglishWith the lifting of subsidies, the Syrian morning is "different": Are you...
English

With the lifting of subsidies, the Syrian morning is “different”: Are you not the ones against whom Thou art angry, nor the ones who go astray”? 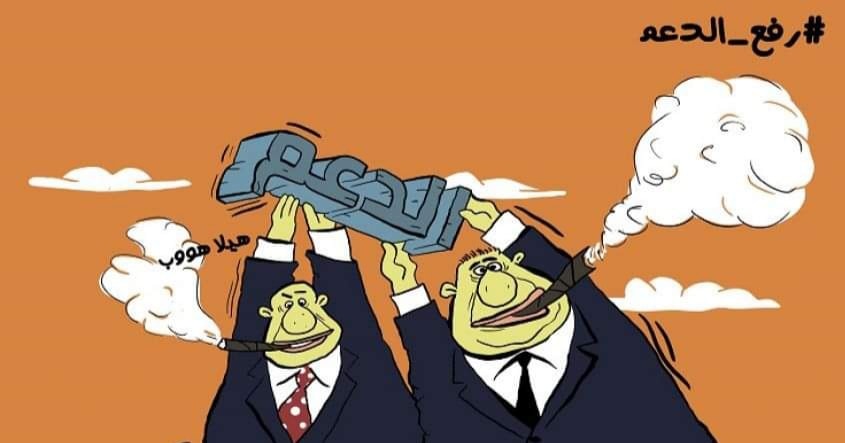 The Syrians woke up today to the “wayin” subsidies messages that teach them who “inherits” and “does not inherit”, and although the government and its media have mobilized their full energies a month ago to promote the issue and provide its justifications, the matter came as a shock to those who discovered that they were excluded from support, especially the employees. And whoever discovers that there is an error in the information for which he has been denied.
And the director of Al-Saan Automatic Bakery, Duraid Akram Zino, published that he was excluded from the support, because he “residing outside the country”!
Zino commented on this subject sarcastically, “It is a visa or not a visa, you educated people” .. the morning of exclusion.
While some were suffering from not being able to access the program to ascertain whether they were “nor the ones who go astray”, especially for employees of car owners who are deprived of support, many comments were objecting to the way the car was treated as a luxury, as journalist Sumer Ibrahim commented, “It means The salary is no longer enough to fill the car, because 50 liters has become 125 thousand pounds… the morning of exclusion and classification of citizens.”
The head of the Federation of Chambers of Industry, Fares Al-Shihabi, posted on his page:
“Let’s take a closer look… the people are between the excluded and the subsidized, the few privileged and the promised heaven, corruption beyond imagination, poverty growing at the speed of light, cotton and wheat and most of the food basket out of control… Are we still a socialist country that raises the slogan of justice? Social and depend on the toiling and productive classes and on agriculture and industry..?
He added: Support is only for those who deserve it, and this is true and has been required for years… But when the amount of waste and corruption is much greater than the amount of support, here is the disaster..!
After the huge amount of objections by those deprived of support because of the wrong data, the response of the Minister of Internal Trade and Consumer Protection, Amr Salem, on his page, confirmed that the various ministries and unions had sent the data to the Ministry of Communications and Technology, which boycotted it and used it by excluding segments of support, and that as in every collection For data, errors occur as a result of providing some data and not updating it.
Salem said that the Ministry of Communications and Technology has allocated a website that shows each card holder who was excluded from support the reasons for the exclusion, and enables the card holder to object in the event of an error in the data.
According to Salem, the card that was excluded based on false information will be subsidized, and there will be no eligible person left outside the support, he said.
The government team had announced a few days ago, as part of the campaign to promote support, that the number of families that were excluded because of owning a 1500 cc car for the year 2008 was 66 thousand families and 58 thousand cars.