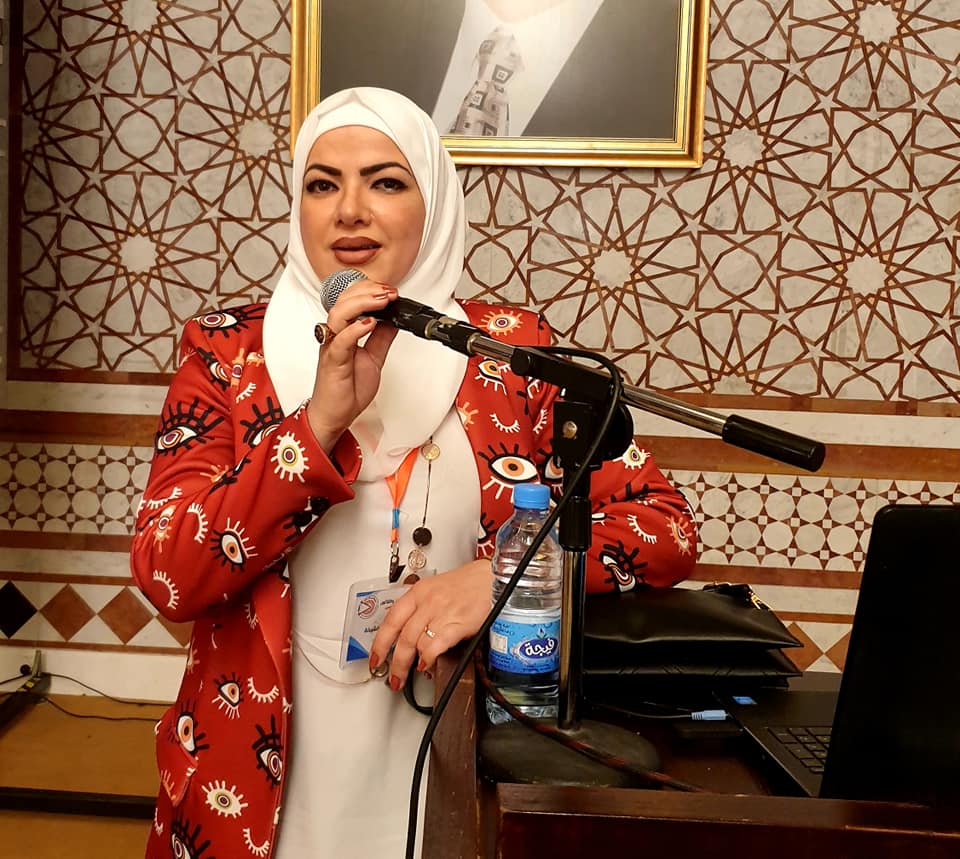 A Syrian doctor revealed the possibility of a connaction between infection with Covid 19 and neuro-ophthalmic complications during her documentation of a case of unilateral blindness due to Corona.
Dr. Buthaina Al-Sheikha had presented the clinical case of unilateral vision loss due to Covid 19 within the activities of the 38th conference of the Syrian Society of Ophthalmologists and its Surgery two days ago, according to “SANA”.
Regarding the motives for documenting the case, Dr. Buthaina said that what prompted her to document the case was the arrival of four cases to the hospital within four months, complaining of unilateral blindness without pain or a known cause associated with a positive corona result, as two cases died due to the poor general condition of the two patients, while the third and fourth cases are under treatment and follow-up. In the hospital.
The case documented by Dr. Sheikha belongs to a 65-year-old man who came to the emergency department with a complaint of a sudden loss of visual ability in the right eye without pain with a drooping eyelid. After conducting the necessary examinations and investigations, it was found that there was a paralysis of a number of cranial nerves that move the eye (3, 4 and 6) and the facial nerve 5 and motor Facial 7 and central retinal artery occlusion due to thrombosis.
The tests showed, according to the ophthalmologist, high blood sugar in the patient and the presence of a viral infection, and a chest x-ray gave an indication of infection with Covid 19 without any chest symptoms, then the result of the PCR was positive, meaning that he is a Corona patient.
And Dr. Sheikha continued, after the patient recovered from Corona and was discharged, he returned to the hospital to follow up the complications of the neuro-ophthalmic injury, where the condition developed into inflammation of the lacrimal sac with exophthalmos and a lesion in the pilgrims in the form of abscess caused by fungi associated with brain abscess and abscess in the maxillary sinus, and the case is now following up with the provision of the necessary treatment .
Dr. Sheikha indicated that despite the need for more studies and research, a hypothesis can be made that there is a conection between infection with Covid 19 and neuro-ophthalmic complications.
And Dr. Sheikha pointed out that the four cases that visited Damascus Hospital are among the rare cases, as only cases of conjunctivitis appeared in other cases of corona, but these cases may be evidence that corona causes thrombosis that leads to clogged arteries.
for more news join to our channel at telegram https://t.me/hashtagsy