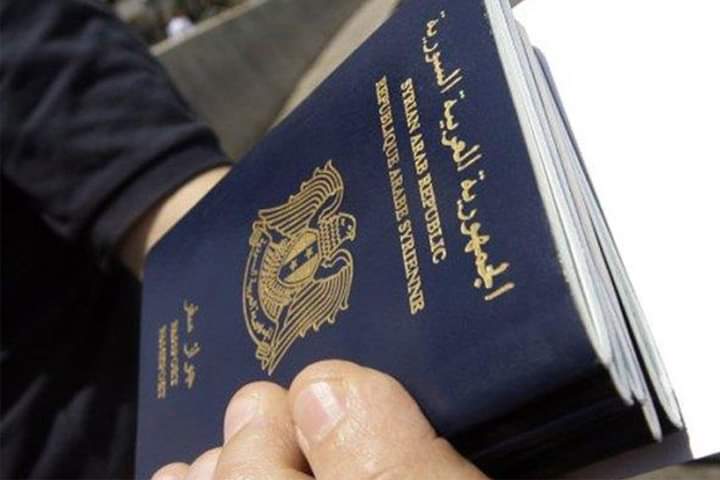 The Immigration and Passports Department issued a circular recommending the heads of the branches of the immigration departments to expedite the issuance of passports that have accumulated for months, for those inside and outside Syria.
The circular issued on October 23 called for all those responsible for processing the accumulated passports to be printed and delivered as quickly as possible.
The circular stressed the need to expedite the completion of the urgent passport transaction within a maximum period of three days, after completing the delivery of the passports accumulated during the past three months.
The Immigration and Passports branches set the times for passports to be delivered to those who applied for them during the month of July as follows:
Presented from July 1 to July 15, Monday, October 25 at 12 noon
Presented from July 16 to July 31, Thursday, October 28 at 12 noon.
The branches also said in their announcement that they will announce, during the next week, the dates for receiving those who applied for passports during the month of August.
Sources in the Ministry of Interior said earlier that the current problem is the old and renewed problem that the ministry repeatedly suffers from, which is obtaining inks and papers imported from abroad.
The Immigration and Passports Department issued about 140,015 internal passports and 41,898 external passports in the first nine months of last year.
Read more Allow the opening of internal money transfer companies that have frozen their licenses to deliver “pending” transfers
Passports A new &#8220;scandal&#8221; for the Syrian Football Association: &#8220;An administrative error&#8221; deprives the Syrian national team of its European stars
immigration The first Syrian to enter the German parliament .. Who is Lamia Kaddour?

TagsPassports The Immigration and Passports Department the Ministry of Interior

Omar Ossi talks about a “draft document” to resolve the differences between the Syrian government and the “Autonomous Administration… What is its content?”
Half of the schools in the countryside of Damascus are without heating.. Preference is given to the coldest