Rania Essam* had to choose between two equally bad options, either to keep her job as a school teacher and therefore comply and get vaccinated, or to opt for a illegally  issued certificate as she  believed the vaccine might put in danger her chances of pregnancy as she hopes to become a mother one day.

In November 2021, a ministerial decision came into force banning government employees, who did not receive the Coronavirus vaccine, from going to their workplace. This coincided with a warning that was issued by the Ministry of Education that legal action awaits teachers who carry on working in public or private schools without being vaccinated.

The vaccination of pregnant women or those hoping to get pregnant like Rania, became an issue of controversy in Egypt and elsewhere, since some countries initially exempted pregnant women from receiving the vaccine in the early stages of rolling it out to their population.

This led Rania Essam and her husband to refrain from taking the Coronavirus vaccine for fear of any health side effect that to their mind, might complicate or compromise the pregnancy plans they had.

The decision not to take the vaccine did not cost Rania her job as she obtained a certificate stating that she had received the vaccine for only 600 Egyptian pounds ($40), which allowed her to resume her work activities as normal.

This investigation reveals that Rania and ten other cases resorted to brokers to produce illegally issued vaccination certificates from health clinics in exchange for a fee in order to circumvent domestic or international mandatory vaccination policies.

Up until December 2021, the cost to the Egyptian treasury to vaccinate 52 million citizens against Coronavirus had reached $513 millions.

Numbers of those who have received the vaccine surged

On November 15, 2021, the Egyptian Council of Ministers issued a decision banning government employees from practicing their job if they had not received their Covid vaccination. The decision also stipulated that citizens must provide proof of vaccination to be allowed entry to government facilities. Prior to that, debates soared in Egypt regarding the safety and effectiveness of the vaccine, since some doctors refrained from taking their jabs which led to the government decision to make the vaccine mandatory.

This has brought the official number of those who received the vaccine thus far to more than 40 million citizens, which constitutes around 38.5% of the total population number.

The market for illegally issued certificates

Karim Shahir* is not a government employee; therefore, his employer did not request a vaccination certificate. The nature of his work, however, requires him to visit government buildings whose entry has been curtailed unless he had a valid vaccine certificate.

Shahir resorted to a broker to obtain a (fraudulent) card stating that he had received the vaccine with his personal data on it, as if he was vaccinated .

We have been shown four such “blank” cards without any data on them, but bearing the authorities’ seals and signatures. The seals on two of the cards were those of a health clinic located near Qasr Al-Aini in Central Cairo,  while the other two bear the seals of a health clinic in the vicinity of Nasser City to the east.

But for Jamal Ayoub*, such illegally issued cards were useless. 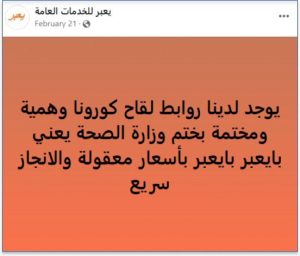 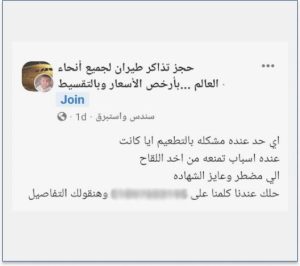 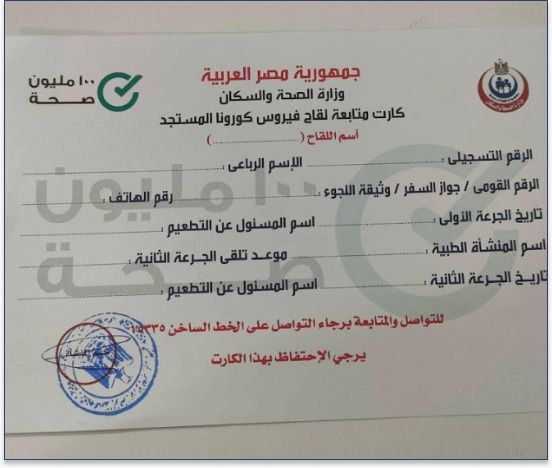 Ayoub was among those who had to return to his home country following the outbreak of the Coronavirus pandemic. For two years he kept waiting for the opportunity to return to his work in the Arab Gulf countries, but his hopes were challenged due to the clause permitting entry only to those vaccinated travellers .

For Ayoub things got complicated despite his doctor’s note explaining his allergy condition exempting him from being vaccinated in Egypt. But he suspected that this exemption may not apply to other countries, and that without a vaccination certificate he risks losing the opportunity to return to work.

Most countries in the world have imposed a proof of vaccination condition to gain entry on arrival, and Gulf and European countries have imposed on traveller to show evidence that they had received two doses of the American or British vaccines before they could be admitted in. Some countries also made compulsory that passengers are free of Covid prior to their entry through showing a negative result of a recent PCR test.

In December 2021, Jamal paid 500 Egyptian Pounds ($33) to a worker at a vaccination centres for a certificate confirming that he had received the AstraZeneca vaccine. Jamal says that after twenty days he was listed on the records of the Ministry of Health as having received the second dose of the same vaccine. After that, he was able to obtain the internationally approved QR certificate for 200 Egyptian pounds ($13). This is the official rate set by the Ministry of Health, and he used this QR code to pass through the airport without raising suspicions that he never received the vaccine.

Steps to getting the vaccine

Register online for a Covid vaccine –

Travel to health clinic to be vaccinated –

Be issued with a Covid vaccine card –

Visit the vaccination centre to receive the second dose –

The Egyptian Prime Minister issued an order compelling government employees and citizens working or even visiting government offices to receive the Coronavirus vaccine. After this decision in mid-November 2021, the authorities have apprehended a nurse in Asyut governorate who had skilfully concealed blank vaccine certification cards on her.

The prosecution charged her with profiting from selling vaccine certificates. The director of the health centre where the nurse was employed though confirmed later that she was given these cards as her job was to vaccinate and register citizens at their homes.

Later, many employees in vaccination centres in a number of governorates were exposed and apprehended after discovering their involvement in selling illegally  issued vaccination certificates. 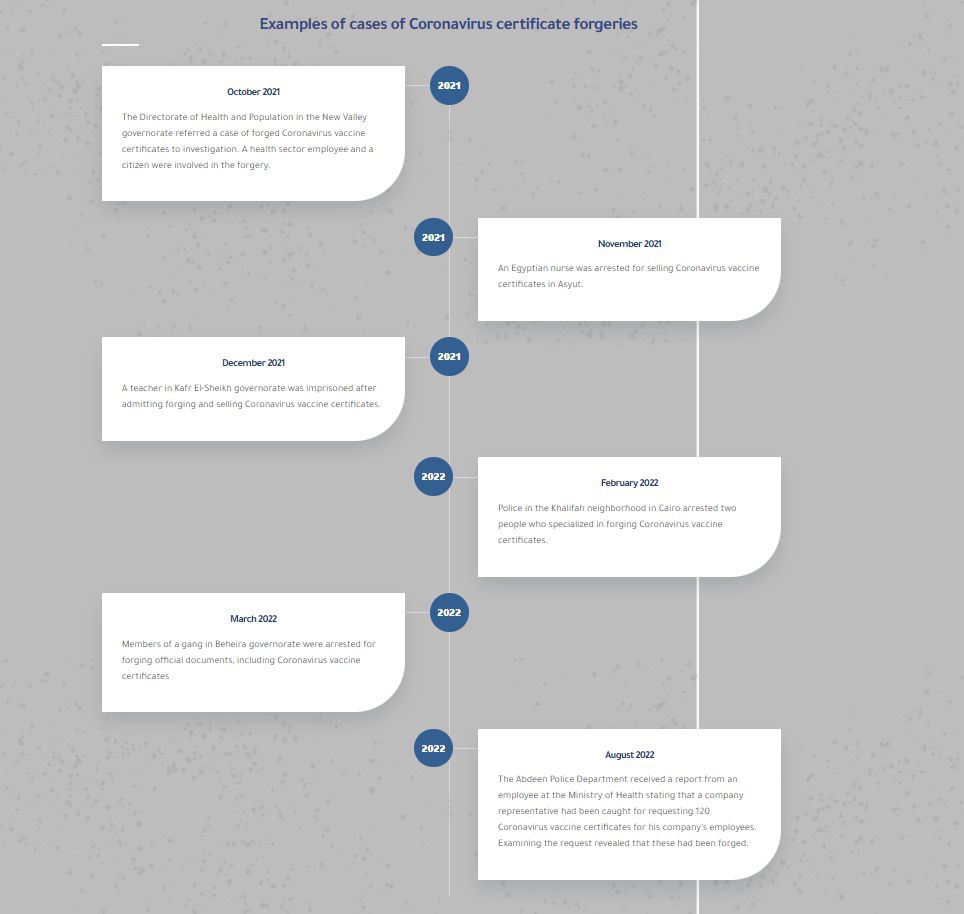 Although some of these certificates look original, the law on forging official documents still applies to them, according to Abdel Raziq Mustafa, the lawyer specialized in forgery cases. Moreover, the employee and his assistant as well as the user of the forged certificate have been implicated in the crime.

Mustafa believes that Article (116) of the Penal Code (58) of 1937 applies to the employee. This article states that, “Every public official who was responsible for distributing a commodity or was trusted with distributing it by a specific mean and deliberately violates the distribution mean shall be punished by imprisonment if the commodity concerns the people’s sustenance or needs, or if the crime occurred at a time of war.”

In mid-December 2021, the official spokesman for the Ministry of Health Doctor Hussam Abdel Ghaffar confirmed through the media that his ministry had referred the forgery cases of Coronavirus vaccine certificates to the Public Prosecution for investigation as criminal offence cases.

Enrolment is done in minutes

The person contacted one of the brokers through the number posted on Facebook ads. She expressed her desire to enrol in the registration system of the Ministry of Health so as to obtain a certificate that would allow her to travel.

The advertiser simply requested a copy of her passport and assured the person that she could obtain the certificate within only half an hour of the call, provided that she would send him 1,000 Egyptian pounds ($52).

Half an hour later, the broker sent a message with the registration number on the portal of the Ministry of Health. He also sent an image of the internal database of the Ministry of Health showing that the name is already registered. Our experiment showed that the person submitted a request for the vaccine on August 23, 2022, but in her vaccine certificate it showed that she had received a Johnson & Johnson vaccine jab on August 4th.

Having the date of receiving the vaccine precede the date of submitting the request to obtain the vaccine raised suspicion, so the person contacted the hotline of the Ministry of Health, which confirmed the accuracy of the information sent by the broker.

In this way, it is possible to go to a health centre and get issued with an authentic QR certificate and travel with it.

According to a source at the Ministry of Health, the ministry’s website earmarked for enrolling Egyptians wishing to receive the Coronavirus vaccine, confirmed that the website has not been hacked since its launch and that all the data on it had been entered by the ministry’s employees.

This information was confirmed by the spokesman for the Ministry of Health, Doctor Hussam Abdel Ghaffar who said, “The site cannot be hacked.”

We asked Abdel Ghaffar for a comment regarding our observation that brokers issue illegally issued certificates to citizens for a fee and that Ministry of Health employees cooperated with brokers to issue vaccination certificates. But Abdel Ghaffar refused to comment, saying: “I have no information about this matter.”

Egypt has been classified as a safe country with regard to the vaccine, since 95 doses of vaccine were made available for every 100 Egyptian.

The Ministry of Health participated in studies that tested the Chinese Sinopharm vaccine on 45,000 cases residing in four countries including Egypt. The study concluded that the vaccine was effective by 86%.

After that, Egypt received the first shipment of the Sinopharm vaccines in December 2020, but a great controversy grew around the world regarding the effectiveness of that vaccine efficiency, and this controversy finally reached Egypt.

This is what made the illegally issued registration of individuals who did not receive the vaccine as though they had received it dangerous. Doctor Amjad Al-Khouli, an epidemiologist at the World Health Organization explains that those groups have become more vulnerable than others to contracting the virus and then infecting their contacts who believe that they have already been vaccinated; therefore, the confidence in the vaccine efficiency declines.

Al-Khouli elaborates that what is more dangerous as a result of the illegally issued registrations is that it gives decision-makers a false reading of the effectiveness of the vaccine, since people who are supposedly vaccinated continue to fall ill.

This is reflected in the statistics of the World Health Organization, which reveal that the number of people infected with the Coronavirus in the three months that followed the date of mandatory vaccination in Egypt reached its peak. Between December and March 2022, there was a total of 103,000 infection cases, that figure constitutes about 20% of the total number of infections registered in Egypt since the emergence of the virus.

Moreover, the impact of illegally issued registration and vaccination extends to the state’s financial allocations to confront the epidemic; in late December 2020, Egypt borrowed 2.77 billion dollars from the International Monetary Fund to be able to confront the spread of the virus.

Until last December, the total expenditure on importing Coronavirus vaccines amounted to more than 500 million US Dollars to make possible the vaccination of around 52 million Egyptian.

This means that each citizen has been allocated more than 10 US Dollars for actually receiving the vaccine and not a forgery. However, Rania, Karim, Jamal and others decided to opt out of receiving their share of the vaccines for various reasons. This prompted vaccine brokers to take advantage of the situation and to tamper with the vaccine enrolment system.

This investigation was carried out with the support of ARIJ.

The director of the ambulance complains: the media abused the donor of the Pfizer vaccine.. and the citizens did not respect the rules and...