الرئيسيةEnglishRising feed prices push breeders to “stuff” their animals with hay An...
English 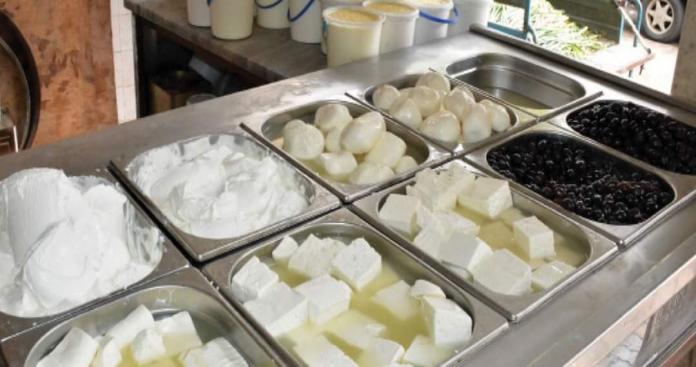 A member of the Board of Directors of the Craft Association for the Dairy and Cheese Industry, Ahmed Al-Sawas, confirmed that until today, there is no cheese in the market, because the cost of a kilo from breeders reaches 12 thousand Syrian pounds, while its price on these days last year did not exceed 8 thousand pounds.
Al-Sawas expected that the arrival of cheese to the market would be delayed during this season, until spring came and the sheep births would grow up.
Al-Sawas stated that the main problem is the high price of feed, which prompted breeders to adopt second types of feed with low nutritional value, such as hay and bread. He described this type of feed as “belly stuffing” because it makes the sheep feel full, but it does not give a good return from milk.
He indicated that before the crisis, every 2.6 kg of milk gave a kilo of labneh, while now 3.5-4 kg of milk does not give a kilo of labneh! Because of the low specifications of milk caused by the lack of food.
Regarding the costs of producing a kilo of milk, al-Sawas said that a kilo of fodder equals a kilo of milk, and currently the cost of a kilo of fodder reaches 1,800 pounds, while it is received from the milker at a price of 1650 pounds, meaning that the product loses approximately 200 pounds for each kilo.
When adding transportation costs, and evaporation after boiling, which reach 100 pounds per kilo, the cost of a kilo of milk becomes more than 2000 pounds.
In addition to the high wages of labor, where the daily laborer in this field reaches 15 thousand pounds.
Al-Sawas confirmed that in his last meeting with the Minister of Supply and Internal Trade Amr Salem about 10 days ago, the price of a kilo of milk was reduced from 2,200 pounds to 2,000, after applying the first price for a period of about 3 months.
This made most of the shop owners sell in a way that violates the pricing because it is unfair, especially for non-adulterated types of milk.
Al-Sawas stated that Damascus consumes 60% of the milk production of Damascus countryside, and that the cows’ gathering areas are different, its main center in Damascus countryside is in the Qalamoun area, which produces about 50-100 tons of milk per day, as well as the Al-Ghab area in Hama is a major source of milk production.